After a big scare, USA advanced to the 2nd round of the World Baseball Classic!  Joining the Americans will be the Dominican Republic, Puerto Rico, and Italy.  Yes, Italy.  Forza Italia!  Jeremy and Mapes are back with their picks for “Round Two Pool Two” for World Baseball Classic Fantasy.  Mapes took the Pool C/D 1st round draft 124-121 over Jeremy (despite Brett Lawrie’s injury), but Jeremy has a sizable lead in “Round Two Pool One”, with just Netherlands vs. Japan left. Remember, for this draft we must have at least two players from each team and no more than four from any country.  Mapes picked first last time, so Jeremy will have the 1st pick in this round of drafting!

I learned my lesson in round one. NEVER BET AGAINST ROBBIE CANO! That being said, I knew I had to take the Dominican slugger (and arguably the MVP of the entire tournament so far) first overall. Sorry, Mapes!

NOOOOOOO!!!! Cano was going to be my top pick.  I’m going to go back to the well with Ryan Braun and hope that he can snap out of his little funk he had in round one.  He typically doesn’t hit well at Chase Field, so I hope that’s all it was.

My starting pitcher plan was to grab who is facing Italy, but I don’t know who actually is.  I’m going to go with Gio, who is rested and ready to go.  He’s pitching in his hometown of Miami and has more pitches to work with.  I think he can get a win against Puerto Rico. 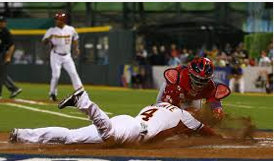 Redemption! It’s so, so sweet. After suffering through round one with Carlos Santana (just kidding, he wasn’t that bad), I knew I had to take my boy Yadi with this pick. His bat’s starting to heat up, and that’s bad news for opposing pitchers. 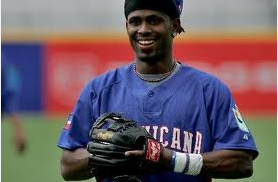 You took one half of the Dominican dominance up the middle, so I can’t let you have the other.  Reyes was great in game one, but fell off a little in the other two games.  However, he’s the clear top shortstop in this pool and I’m happy to have him. 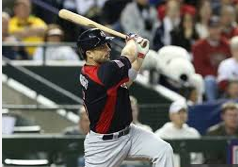 I should have known to take Wright last time, given his history in the WBC. There has been no player more clutch than Wright in the Classic over the years, and I’m betting on him coming up big again in round two.

Keeping with my theme from the last draft involving Italy, I want to make sure I get the best player on that team.  That is clearly Anthony Rizzo hitting in the middle of the lineup and the crop of 1st baseman isn’t very strong in this pool.

I’m taking a big risk this high, but Deduno was masterful in his first start. I’d prefer that he end up pitching against Team Italy, but I’m pretty comfortable with this guy’s electric stuff on the mound at any point in round two.

I needed to grab someone from Puerto Rico and I have a hard time rooting for Carlos Beltran for some strange reason. *cough Mets* *cough Cardinals*  I’ll take Pagan who hit a team-best .455 in round one from the lead-off spot. 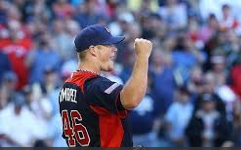 I’m just glad Kimbrel’s around this late. You love your Braves, but I have to nab the guy right here and make sure I have the most dominant closer in the world right now on my squad. If the USA plays a close game (it will), guess who’s getting me at least five points? 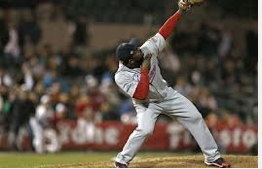 You had to go and take my Braves guy, I see how it is.  I can’t let the other closers fall now, so I’m going to get Fernando Rodney who pitched in all three games for the Dominicans.  I think they’re going to win a couple games, so there will be save chances for the man with the crooked hat.

Good move grabbing Rodney. He’ll score you some points. I can only hope that Cedeno does the same for me with Team Puerto Rico. He was the best reliever on the team in round one, but it’s still unclear to me if he’s the actual “closer.”

I really thought about taking Cedeno because I needed another player from Puerto Rico, good pick Jeremy.  I have no clue who Dickey will face, but I hope with some more time under his belt the knuckler will be dancing against whomever he pitches against in round two.

You passed on Beltran, but I refuse to make the same mistake. Not only is Beltran dominant in the MLB postseason, but he has solid numbers across his WBC career. Puerto Rico’s captain clutch should rack up some points for me this round. 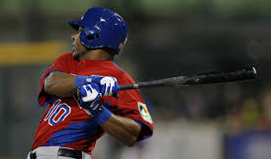 Good!  You can have Beltran!  I wanted to grab the best player on the board for my utility spot and I believe that is the man they call “E5” he hits in the middle of a strong Dominican lineup and I think he’ll put one out of the park this round.

One of the reasons I wasn’t worried about you snagging Rizzo early was that I knew you wouldn’t go after Denorfia. Even though his hot start fizzled a little at the end, he’s hitting in front of Rizzo and has good contact and base running abilities. Give me some sneaky points, Chris!

Time to grab another Italian!  You wouldn’t let me pick him off the waiver wire when Brett Lawrie went down with a rib injury, so I’m making sure I get him now!

One of the players I was most impressed with in round one was De Aza, who looks more and more like a sleeper pick in normal fantasy leagues this year. He’s getting on base, scoring runs and swiping bags. Expect more of the same this round.

Well, since you took my planned second baseman in Cano, I’ll settle for Nick Punto who was a spark on the top of the Italian lineup.  Then hope that it’s Rizzo and Liddi who are knocking him in!

Yes, please! Not only do I think Hosmer is a bounce-back candidate in the regular season, but his first two at-bats proved that he’s swinging it on the money right now. The bases-clearing double in the ninth to seal the game was all I needed to confirm this choice. 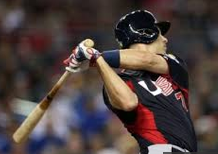 I need a catcher.  Joe Mauer is a catcher.  He hits in the middle of the USA lineup.  Perfect.

I hate having a Giant on my team, but it paid off last round with Pablo Sandoval and Pagan. I think Vogelsong will get the start against Italy (though if it’s Dominica I may be screwed), and I think he will dominate them.

I probably should’ve taken my boy Giancarlo Stanton returning to Marlins Park, but man his zero points in round one scared me off.  I’m going with Alex Rios who has some speed, some power, and I’ll hopefully get three games out of him.

I just realized that neither of us has Stanton. In his home ballpark. Due for a couple dingers. DANG IT! I’ll move on and collect Granato, the Italian shortstop who put up very good numbers in round one.

Well I’m in a little bit of a pickle for my second reliever.  I don’t think Italy wins a game, so that rules out Grilli getting a save.  I’m going to the surprise from Team USA in round one in Ross Detwiler.  If he comes out as the long reliever, I just hope he’ll rack up some outs and points that way. 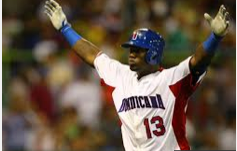 Smart man, Mapes. Detwiler seems like more of a point-getter to me than Grilli will be. Nice rhyme, huh? Even though Ramirez had one hit in the first round (a monster HR), he’s swinging a hot bat and I think he drops at least one more bomb in round two.

Pool two, round two WBC fantasy draft is in the books!  Did we make a mistake not taking Giancarlo Stanton in his home park?  Should we have really picked all three American starters?  Who would you want on your WBC fantasy squad this round?  Let us know in the comments or send us a tweet using #WBCFantasy with the links below!